Will there be a UK recession in 2022? What it could mean for you 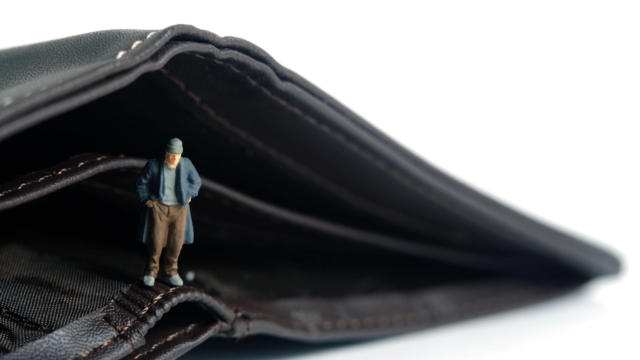 There are already many of us feeling the pinch as the cost of living quickly spirals out of control.

Prices for gas and oil have skyrocketed, and we can all expect further increases later this year. Do we need to buckle up and prepare for the worst?

Our team has been investigating ways to beat the big squeeze since the beginning of 2022.

Currently, however, as inflation increases and the rising cost of living hits households across the country, some experts predict another UK recession.

In what sense is a recession defined?

An economy that contracts over two consecutive quarters – six months – is considered to be in a recession by technical definition.

An economy that goes through this is generally considered to be in UK recession, and its gross domestic product (GDP) is used as a measure.

Technically, the Bank of England has not predicted a UK recession. Despite this, it expects a significant downturn between October and December, with a contraction of almost one percent.

A growth rate of zero is predicted for the coming year, with GDP remaining below 2022 levels throughout the entire year.

A new recession in the UK might be caused by what?

As a result of multiple factors, the UK is currently experiencing a financial crisis.

Despite their size, they are not a disaster when viewed separately. The recent lockdowns in the UK, combined with Russia’s invasion of Ukraine hurting the international market price of gas and oil, indicate that the current volatile environment could turn even worse.

There has been a 54 percent rise in gas and electricity costs since April, and the Bank of England predicts another 40 percent increase in October. The average domestic bill will rise to more than £2,800 a year. Over the next few years, interest rates are expected to hit levels not seen since the 1980s.

A rising cost of living and rampant inflation is likely to lead to households and businesses feeling poorer, resulting in lower expenditures. This will result in a contraction of the economy. We might expect a UK recession to look like this in the near future if forecasters are correct.

How likely is it that the UK will experience another recession?

There are some experts who do not predict a recession. Growth is expected to be 3.8% in the UK this year, according to the Office for Budget Responsibility (OBR).

As of last month, the International Monetary Fund has revised its world economic outlook to 3.7%. This is the joint-highest projection of industrialized nations in the G7 group.

According to Deutsche Bank, the odds of an economic downturn are close to one in three, even for optimistic forecasts.

It is likely that inflation will remain high for a more extended period, increasing the pressure on households to save during summer. Some may begin to feel the effects of a recession, albeit unofficially.

In the event of a recession, what would I have to do?

There’s no way of predicting the severity or duration of a UK recession, so it’s impossible to provide a clear picture of how it will impact UK workers.

During a recession, businesses will likely try to cut costs, which will lead to job losses, and wages may not be able to cover everyday essentials with spiraling inflation. As a point of comparison, the UK’s unemployment rate peaked at 10% during the recession of 2008.

It is still too early to predict the future, but if a UK recession threatens, you may want to consider paying off any costly debt as soon as possible.

A cash reserve for emergencies is also recommended since it can provide protection against the worst of circumstances.

It is possible that you have built up a savings pot as a result of the Coronavirus pandemic if you were lucky enough to have done so. An emergency fund will be crucial if a UK recession threatens to damage your income.

Get in touch with an independent financial adviser to find out how you can prepare for the future.

How to Improve Your Hotel Internet Connection Speed and Range in the UK?