The growing Bitcoin bubble – is it worth the risk? 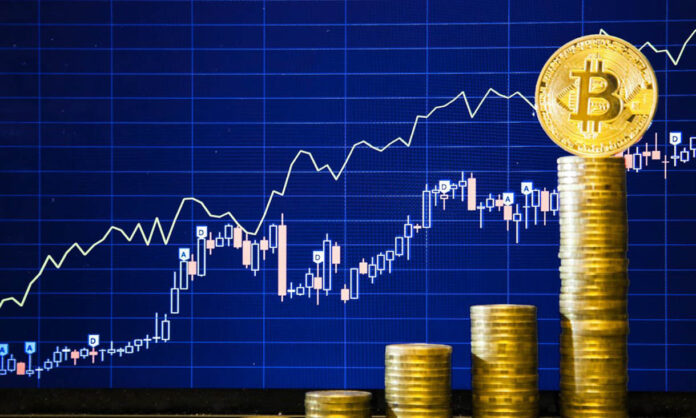 Only a year ago, bitcoin was trading for 40% more than it was today, and other cryptocurrencies have seen price increases of up to 18%. It may be a golden opportunity, but is it a bubble in imminent danger of collapsing? What are the environmental costs of crypto? Nick Green writes.

You’d be forgiven for wondering if the world has lost its mind if you step into a growing Bitcoin bubble mining factory, the size of an IKEA superstore, stacked with glowing banks of computers stretching far and wide, pumping out heat, roaring loud as a jet plane. A single shed can house over 20,000 mining “rigs” – each a computer a thousand times more powerful than a good laptop – and one factory in Iceland consumes more energy than all its residents combined. Bitcoin consumes more electricity than the Netherlands or Argentina combined, and that’s before you include the hundreds (if not thousands) of other cryptocurrencies in existence.

How does growing Bitcoin bubble work? The concept of cryptocurrency is simpler than most people imagine. It operates on the same principle as buying gold. The two main reasons gold has been used as money for so long are its rarity and its difficulty in counterfeiting. These characteristics make gold an extremely reliable medium of exchange. Similarly, crypto coins are ‘mined’ by solving complex sums that can only be solved by vast computers (see above). When you have a coin, you and the rest of the world know it’s real. You could not forge such a coin, as it would cost as much as the real thing (and would in fact be the real thing).

That’s why cryptocurrency can be used as money. Cryptocurrency is digital gold. Cryptocurrency isn’t just used for spending, it is also used for investing. The value of growing Bitcoin bubble soared by hundreds of percentage points in just a few months, followed by sharp declines. With a 200% price surge over 2020, the pandemic ushered in one of the strongest price spikes in history. Additionally, some more junior cryptocurrencies such as Ethereum and Dogecoin are currently offering returns of up to 18,000.

Many have become evangelical converts to the Bitcoin cause after seeing these surreal growth figures (there’s even a name for them – Bitcoiners – while ‘Nocoiners’ are those who don’t believe the hype). Is there anyone who would not want to invest their money in a way that can multiply it exponentially? Unfortunately, investment products rarely do this. It is bubbles that do it.

Its worst kept secret is that all cryptocurrencies are just bubbles. Massive price rises are solely the result of investors investing their money, hoping to ride the surge. Ponzi schemes, which generate returns by investing investors’ money alone, are known by this name. It may be that cryptocurrency investments are a voluntary version of one, but otherwise, the description fits very well.

According to the governor of the Bank of England, Andrew Bailey, “Cryptocurrencies have no intrinsic value, so buy them only if you’re prepared to lose everything.”.

Investing in cryptocurrencies comes with a high price tag

Craig E of Lincolnshire is one of many investors who have learned this lesson the hard way. As he could not afford growing Bitcoin bubble, Craig invested several thousand pounds into the reassuringly-named SafeMoon cryptocurrency. SafeMoon does not differ from any other crypto in terms of its price volatility, though it does have some slightly different rules designed to reward those who hold the coins for longer. Despite its current low price – a fraction of a dollar – many investors may believe it’s a low-risk investment. A purchase that costs far less than a penny might seem to have no downside. People don’t simply buy one.

In the beginning, Craig’s purchases performed well, so he increased his holding to £4,000 (borrowing on his credit card), only to see the SafeMoon price crash. The losses left him financially strapped. He was able to understand how the currency generated its returns after he experienced this eye-opener. The price increases as more people invest, leading to more investment. However, when the previous investors sell their coins, the price falls again, leaving the new investors out of pocket. Craig admits it almost feels like a Ponzi scheme. “I should have known better than to lose money I didn’t have, and I should have been more cautious.”.

Craig partly blames his loss on picking a small cryptocurrency, but it is clear this can happen with any cryptocurrency, even major ones like growing Bitcoin bubble and Ethereum. Ethereum has recently reached an all-time high in price, while Dogecoin – a currency created as a joke – has drawn real interest due to support from Elon Musk, who has said his company will accept payments in it.

Currently, the combined value of all these cryptocurrencies is over £2.5 trillion – which is nearly twice the value of Amazon. These currencies don’t produce anything and don’t have any assets backing them up. Only one thing accounts for all that value: investors’ conviction that the price will rise even further. These are based largely on brand hype and evocative names.

Even major banks have succumbed to the Bitcoin frenzy. Goldman Sachs, which set up its Bitcoin desk just before a huge price drop in 2018, has reinstated the desk to trade Bitcoin-linked derivatives. The price of growing Bitcoin bubble has soared at the moment, so it must have been difficult to resist, but history suggests that this move will be repeated. Bank of England has even proposed issuing a central cryptocurrency – dubbed, with crushing inevitability, ‘Bitcoin’ – and has discussed with other central banks the economic merits of digital currencies.

Digital currencies should gradually replace traditional ones, as there is a strong case to be made. However, when they are seen as a way to generate wealth out of thin air (or rather, out of terawatts of electricity and hundreds of tonnes of computers), there is a lot more reason to be skeptical.

What is the value of Bitcoin?

Is investing in cryptocurrencies a good way to get rich? You can get rich by playing the casino and betting on horses, just as you can by playing in a casino. It is the same principle: you can only make money because other people, elsewhere, are sending it to you. In the case of crypto, the person may simply be you in the future. Hence, there is no winner. The game also appears to be very niche – at least for now. According to a 2022 survey of UK adults, only 4% considered themselves to be somewhat or very likely to buy a cryptocurrency in the coming year. Cryptocurrency is estimated to be owned by less than 2% of the world’s population.

It’s a soberingly low figure, considering the sheer amount of resources and capital being invested in crypto. Miners’ efforts increase over time, as the sums grow harder and the computing power required to crack them spirals ever upward. As demand outstrips supply, processors, hard disc drives, and graphics cards – all key equipment in crypto factories – are suffering shortages. The computing power of the growing Bitcoin bubble network alone is now ten times greater than that of the 500 largest supercomputers in the world put together. Computer power of this magnitude could be used in countless practical ways, from scientific research to tackling climate change, but instead, it is being used to mine bitcoins. Some respected commentators still claim that it’s worth the cost – and for a select few, it may be. Nobody really knows what will happen if (when?) the bubble finally bursts.

A financial adviser would be hard-pressed to give you advice about cryptocurrencies – and even then they’d likely say, ‘If you do it, you’re on your own.’ Nonetheless, given that some banks are considering trading in growing Bitcoin bubble derivatives, there may be a case for adding some form of crypto to the highest-risk sliver of a well-balanced portfolio. Make sure you understand the risks and potential rewards by talking to your financial advisor.

You might also find this guide to tax on cryptocurrency informative if you found the article useful.