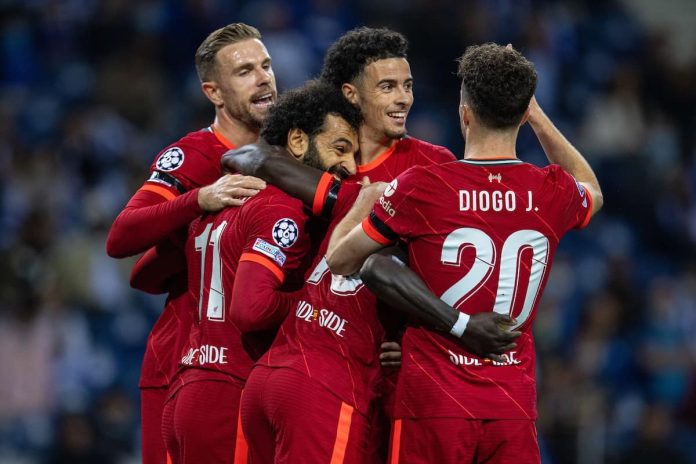 Jurgen Klopp’s side was one of the bookies’ favourites to lift the trophy when the odds were first released and undoubtedly gave punters a good run for their money.

A quick look at this LeoVegas review suggests many fans will have been tempted by their competitive prices to back the Reds, but they ultimately ended up empty-handed.

With the top sportsbooks breathing a sigh of relief after avoiding another Liverpool success, we take a look at their journey to the 2021/22 Champions League final.

Liverpool was handed a tough group alongside Atletico Madrid, AC Milan, and Porto, but had little difficulty progressing to the knockout phase.

They came from behind to defeat Milan in their opening game, before recording successive victories on the road against Porto and Atletico.

They eased through each of their remaining three fixtures with the minimum of fuss to book a place in the round of 16 against Inter Milan.

A match-up with Inter looked like a tricky tie on paper, but goals by Roberto Firmino and Mohamed Salah in the first leg at the San Siro put Liverpool in a commanding position.

However, an outstanding finish by Lautaro Martinez after 61 minutes of the reverse fixture gave Inter renewed hope of an unlikely comeback.

Liverpool was far from their best at Anfield, but successfully saw out the remainder of the game to move into the last eight of the competition.

Goals from Ibrahima Konate, Sadio Mane, and Luis Diaz handed Liverpool a 3-1 advantage over Benfica and put them in pole position to reach the semi-finals.

The tie appeared to be over as Liverpool opened up a four-goal lead overall after 65 minutes of the second leg, but two quick goals by Benfica raised their hopes of an upset.

The Portuguese side created a few more chances in the final 10 minutes, but Liverpool held on to secure a last-four spot against Villarreal.

Last year’s Europa League winners were the surprise package in the Champions League this season and Liverpool was strongly fancied to sweep them aside.

A 2-0 home win in the first leg gave Liverpool a useful lead, but the La Liga outfit fought back in the return fixture to level the tie.

However, goals in the last 30 minutes by Fabinho, Diaz, and Mane put the tie beyond any doubt and fired Liverpool into the final.

Liverpool was rated as favourites by the bookies to defeat Madrid in Paris despite having enjoyed a much easier route to the final.

Carlo Ancelotti’s team defeated Paris Saint-Germain, Chelsea, and Manchester City in the knockout stage to reach the final and looked like a good bet to lift the trophy for the 14th time.

Madrid produced a tactical masterclass in the final, keeping Liverpool at arm’s length for much of the game on their way to recording a fully deserved 1-0 victory.